EAST SIDE OF TOKYO IN A DAY 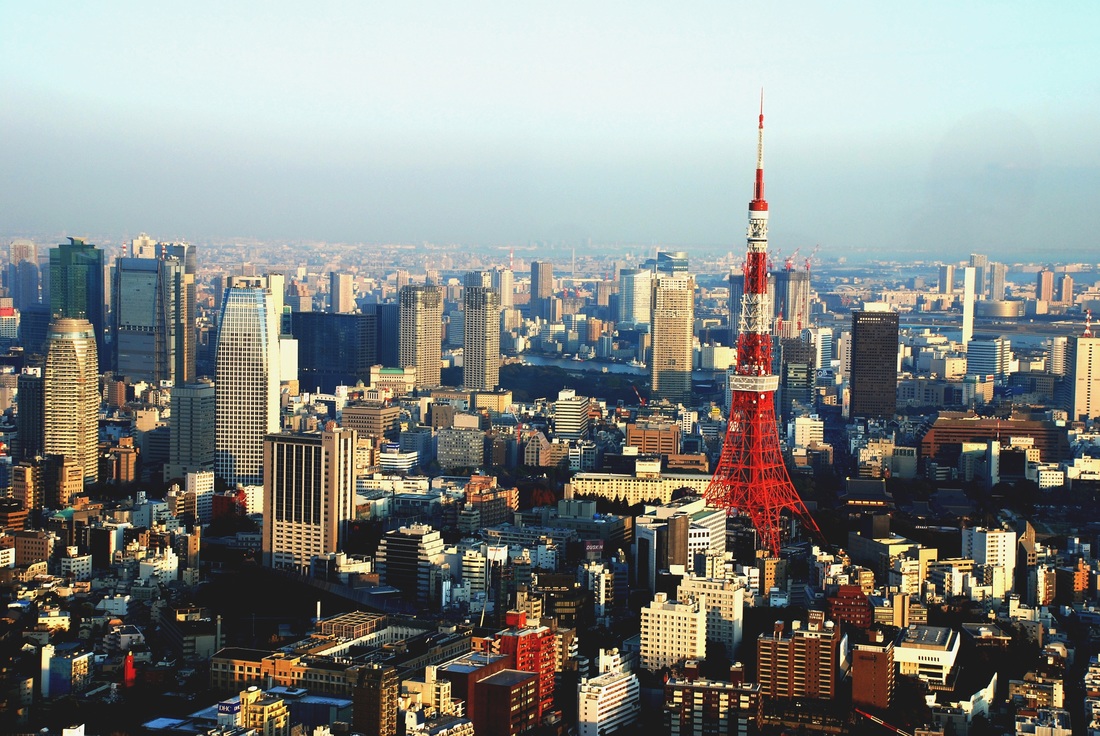 Most people spend between two to five days in Tokyo which is hardly enough to check out all that Tokyo has to offer. Here I will introduce you to a fun day covering the East side of Tokyo which will be a great way to get an introduction to the city avoiding some of the more crowded stations popular with commuters on the West side and easing you into the high pace of this buzzing metropolis. We start in the old downtown districts of the North East, take a water taxi to a modern island and end up in classy Ginza for an evening refreshment.

UENO: DISCOVER THE OLD "BLACK" MARKET OF AMEYOKO
​Ueno is filled with many museums and galleries all within a close distance of or inside the beautiful Ueno Park. There is also a decent sized zoo that even contains pandas in the park. You could easily spend a half a day here, but if you want to get more ground covered, you might want to skip the museums and head straight to the market area called “Ameyoko” with an “old Tokyo” feel. This was one of the first of the black markets to get going right after the defeat of the Japanese in World War II. Nowadays it's a bustling place selling clothing, food, watches, electronics and offering some of the best bargains to be found in Tokyo. You could easily spend an hour wandering through this lively area. From there a 20min walk or 5 minute subway (or taxi) ride takes you to Asakusa.

ASAKUSA: THE OLD HEART OF TOKYO
Asakusa could be described as the old heart of Tokyo since it was once the most downtown district around. Here you can find lots of temples, lovely streets with old architecture and many restaurants serving up tasty side dishes and drinks. It is a charming place with lots of old school atmosphere. Here you can see rickshaw drivers bringing tourists dressed in kimono from place to place. After an hour or so of wandering around here, and maybe grabbing some lunch, you might be a bit tired of walking around by now. So you can take a waterbus from here to your next stop, Odaiba. Along the way you will pass under dozens of bridges as you glide along Tokyo Bay to your destination. The skyline of Tokyo on your right makes for some great pictures too.

ODAIBA: A MODERN ISLAND WITH LOTS TO SEE AND DO
Odaiba is modern island city built on reclaimed land in Tokyo bay. Here you can find swanky shopping centers, plenty of entertainment and great views of Tokyo across the bay. There is even a replica of the Statue of Liberty. The Fuji TV building is one of the more unique buildings you will ever see and is open to the public. Also Panasonic and Toyota have showrooms where you can check out the latest products. Here you can also find the Oedo Onsen, a hot springs experience like no other in Japan. Put on a yukata robe and walk around the common area filled with small restaurants in the old Edo Tokyo style before disrobing and taking the plunge Japanese style in the gender separated baths. Note: People with tattoos will most likely be turned away. If you have tattoos and want to try the public bath you will have to visit a smaller neighborhood “Sento” or public bath or use patches to cover your art if it's small enough to do so.

GINZA: A CLASSY SHOPPER'S PARADISE
After a refreshing time in Odaiba it's now time to make your way to the classy district Ginza by going to Odaiba Station taking the Yurikamome line to Shimbashi and changing to the Ginza line there (30mins) In Ginza you can see almost a polar opposite of Ueno market as this is the most posh part of Tokyo. Lots of top brands have set up shop here and you can visit some beautiful flagship stores such as Uniqlo, Sony and Apple amongst others. If feeling thirsty, you might want to visit the classic beer hall called the Ginza Lion. This is a place with almost a century of history and serves delicious Japanese beer made by Sapporo. In Ginza there are a lot of great places to eat and drink but beware of the prices since they cater to everyone from businessmen on a budget to millionaires on a play date.
From the old market streets of Ueno, to the old temple town of Asakusa, then a trip downstream to the modern Odaiba and on to the flashy fashionable Ginza, a day like this will give you a great introduction to the Tokyo of yesterday and today. I hope you have a great day.

WEST SIDE OF TOKYO IN A DAY